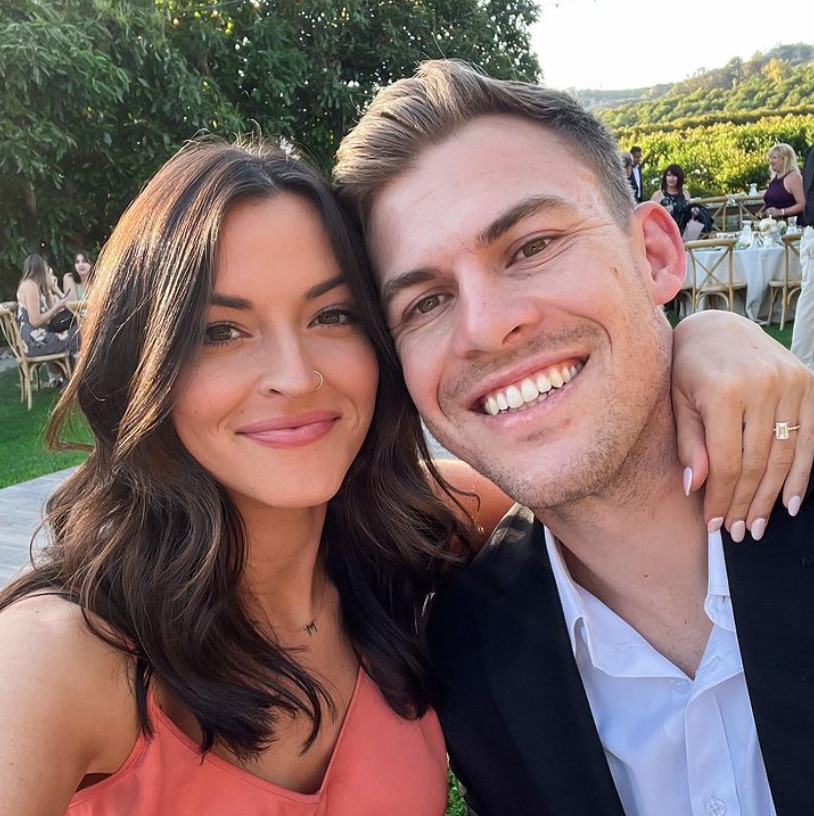 Happy Friday Bachelor Nation! We are 38 days into our 118-day break from The Bachelor Franchise on screen, but Bachelor Nation news never sleeps! If you’ve checked out completely, fear not – we haven’t. Today we’ll be covering all the relationships, scandals, and other updates happening in Bachelor world – buckle up!

Last week’s Rose Rundown was titled ‘Cuffing Szn’, and we maybe should have saved that for this edition with all of this fresh relationship news. First up is our girl Tia Booth; however, Tia won’t be hanging onto that last name for much longer – she’s engaged! Her now-fiancé, Taylor Mock, proposed during the Atlanta stop of The Bachelor Live On Stage. No stranger to the stage, Taylor clearly can make Tia ~dance~ where it matters most.

Keeping it rolling with the Bachelor Nation relationship news, Bachelor in Paradise alumni Serena Pitt & ‘Grocery Store’ Joe Amabile are making a big step in their relationship, announcing they’ll be moving to New York City together! Something tells us that it’s going to take Grocery Store Joe some time to adjust from deep dish to thin crust. We’re with you Joe: Chicago > New York. Let us know how you think Kendall feels hearing the news that Joe is willing to move out of Chicago for his significant other.

If you’re a member of social media and a follower of literally any Bachelor Nation profile, you’ve definitely heard of the Clayton vs. “TikTok girl” debacle that swept the nation. For those that successfully have avoided aimlessly scrolling through TikTok on an hourly basis, you’re going to want to keep reading.

It started with a TikTok video from user Sasha Narang accusing Clayton of cheating on his new girlfriend, The Bachelor Season 26 “winner” Susie Evans, during a night out in NYC. The TikToker’s story of her going home with a man who introduced himself as “Clayton from The Bachelor” seemed like clickbait at first. And wow was it successful (*cue Bachelor Nation MELTDOWN on social media*).

After a swift mobilization of Bachelor Nation’s top social media detectives, we received a response from Clayton himself, via Instagram video, showing he was on the complete opposite side of the country in Arizona during the time of his alleged adultery. Shortly following that was an additional post from Susie detailing their FaceTime call timeline and locations, the exact receipts needed to show the impossibility of these allegations.

In what turned out to be an exhilarating ride with an anti-climactic ending, the TikToker quickly revoked all allegations and apologized for causing a stir. Ultimately, there is some guy out there in New York City trying to convince people he’s Clayton – you know, the one from The Bachelor. NYC falls victim to another dating app foe, although this seems a bit worse than ‘West Elm Caleb.’

We follow everyone, so you don’t have to – Coachella edition