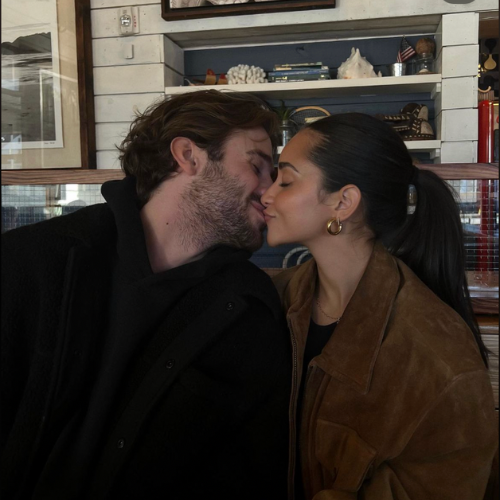 Happy Holidays Bachelor Nation! We’ve been getting in the holiday spirit over here and we’re excited to be bringing you the gift of all the Bachelor Nation tea. There are plenty of rumors, relationships, and more to cover, so we will waste no time!

If you’re still looking for a present for that special reality TV fan, Bracketology has released some new reality TV merchandise. Order here before December 13 to ensure on-time arrival for the holidays!

Kicking off this week’s Relationship Rundown is the couple that no one could have seen coming a few months ago: Victoria Fuller and Greg Grippo. These two are in a full-blown relationship and they are making sure that everyone knows. The duo has been making podcast appearances, giving interviews, and producing headline, after headline, after headline. With all the publicity and the couple moving in together, it probably won’t be much longer until we start seeing them share brand deals. Will these two be the next successful Bachelor Nation couple?

Speaking of Johnny’s exes (too soon?), former Bachelorette Gabby Windey ~hasn’t denied~ a possible romance with her Dancing with the Stars colleague, Vinny Guadagnino. After winning runner-up on this past season of DWTS, could Gabby be taking home another prize from the show?

In other relationship news, former Bachelorette/BIP contestant, Blake Horstmann, has asked his girlfriend (and former Love is Blind star) Giannina Gibelli to move in with him. This is a big step for the couple and could be pointing to even more serious steps in the future. We wish these two the best of luck in their big move!

Wrapping up this Relationship Rundown is a good old-fashioned hard launch from former Bachelorette contestant, Brendan Quinn. We love seeing Bachelor Nation members in happy relationships and this is no exception. Congrats Brendan!

Do It for the Kids

Former Bachelor and BIP contestant, Tia Booth, has officially given birth to her first child, Tatum. She and her beau shared many posts leading up to the birth of their child which built quite the anticipation. The couple shared a video on Instagram of their first moments with the newborn, celebrating her life. We are pumped for Tia and Taylor and wish infinite health and happiness to the family. Congratulations!!

Speaking of kids, Danielle Maltby reveals that she will be moving to Akron, Ohio, to be closer to her new boo, Michael Allio. After finding love in Paradise, these two seem to be growing a very strong relationship. Hearing about Danielle’s connection to Michael’s son has us holding back tears.