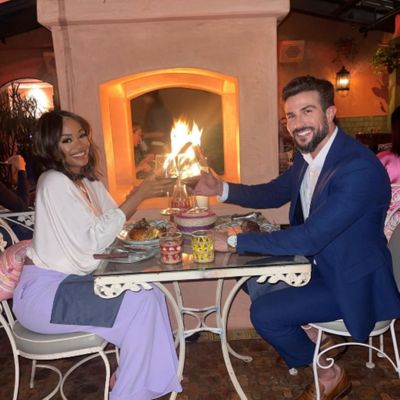 Look what we have here! We’re kicking off this week’s Rose Rundown with everyone’s favorite Bachelor Nation Bartender – Wells Adams! This past week, Wells tied the knot with his now-wife, Sarah Hyland. If that name seems familiar, you may recognize Sarah from playing Haley in the hit show Modern Family. The wedding was a big event hosting friends, family, and cast members from both Modern Family and Bachelor Nation. Make sure to head to Wells’ IG and wish the happy couple congratulations!

In less happy wedding news, Bachelor Nation alum Jacqueline Trumbull (Bachelor 22) has called off her wedding with now ex-fiancé, Paul Seli. The couple recently became engaged after a 2-year relationship following Jacqueline’s appearance on Arie’s season of The Bachelor. Jacqueline decided to call off the wedding due to “irresolvable compatibilities” just two weeks before they were scheduled to walk down the aisle.

In a previous Rose Rundown, we reported on Bachleor Nation alum Nayte Olukoya moving out to LA fresh off his breakup with former Bachelorette, Michelle Young. In some fairly unexpected news, we are here to report that Michelle will ALSO be moving to LA. Now let’s not get ahead of ourselves, the two are still broken up and show no signs of getting back together, but this is still something that we will be keeping our eyes on. Coming along with the news of Michelle’s move are rumors of a possible appearance on the upcoming season of Dancing with the Stars.

Speaking of moving, former Bachelor Clayton Echard and girlfriend Susie Evans have announced that they will both be moving, but separately. The couple currently lives together but have decided to spend some time trying out long-distance. While many initially assumed the worst, the couple cleared things up by saying they still have plans to move in together again soon. After sharing the news on the Not Skinny But Not Fat podcast, Clayton + Susie explained that he plans to move to Scottsdale to look for a house for the two and that Susie will move to LA to focus on her career during the interim.